What are the risks of using unlicensed or uninsured painting contractors? 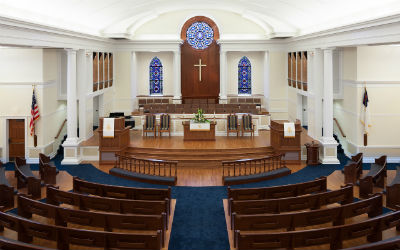 This is a true story –
A business owner hired a professional painter to paint the exterior “off the clock”. Despite having a helper holding the ladder, the painter fell onto a brick walkway, striking his head and causing permanent brain damage that requires daily medication, a nurse, and therapy for the rest of his life. He will never work again. The worker was 44 years old at the time of the accident.

The medical bills were enormous and his ongoing care exceeds $100K year. His family suffers, his income is lost, medical bills are due, and the lawsuits began racking up huge legal fees for everyone. The insurance company’s attorneys search for any legal precedence to deny coverage.

The result; after 3 years of litigation the business owners insurance provider agrees to pay the injured worker’s past and future medical bills. They pay a hefty cash settlement to replace his lost income, but the money was mostly consumed by the family’s massive legal debts. The business owner spent $200K on personal legal fees, court appearances, and must live with the knowledge that his decision affected the workers’ wife and 2 children for the next generation.

Paying someone “under the table” is risky –

More often than not, when we hear about unlicensed painters, we think of two words: rookies and cheap. Well, it’s not that we’re trying to be harsh, but hiring inexperienced and unlicensed painters could ruin your painting project and end up costing you more in the long run because you’ll be calling in professionals to fix it.

Now imagine you’ve got a pretty large job, like an apartment complex, or assisted living facility, that they failed to complete. What if the painting job begins to peel a few months after they finish? Cheap painters typically cut time and costs by minimizing prep work. Weather will reveal theses cost corners quickly.

When you hire an Unlicensed or Uninsured Painter, the risk is on you –

At Modern Painting & Coatings, we licensed and insured in Ohio and can provide a list of impressive references.